CONF-DEC2022 Session XVI – To Grant or Not to Grant: The Vexed Question of Bail

“Having regard to the seriousness of the allegations, the strength of the prosecution’s case, the risk of interference bail is denied for the Defendant before me at this time.” 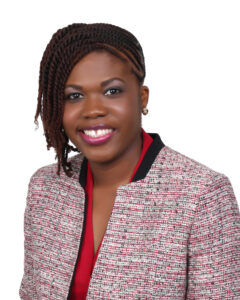 Mrs. Swaby began her legal career as a junior prosecutor in January 2006 where she served as Clerk of the Courts in Saint Ann and Saint Catherine for two years and eight months. In September 2008 she joined the Office of the Director or Public Prosecutions as a Crown Counsel. At present Mrs. Swaby heads the Cyber Crime & Digital Forensics Unit and has previously served as Deputy Head of the Mutual Legal Assistance and Financial Crimes Unit.

Being passionate about Cybercrime, she drafted the Guidelines for Prosecuting Cases under section 9 of the Cybercrime Act Jamaica which covers content based cybercrimes to include ” revenge pornography and cyber bullying” scenarios. She has conducted extensive research in the area of Cybercrime & The use of Technology in fighting crime. She has also published both academic and non-academic articles on topical issues pertaining to cybercrime and digital forensics 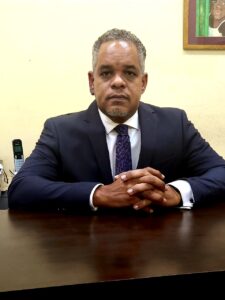 Mr. Pierre Andre Rogers was born on the 3rd day of August 1972 and entered The Wolmers High School for Boys in 1983 shortly after his father died.

Mr. Rogers went through some turbulent times during his formative years at Wolmers and visits to the then Vice Principal Mr. Bryan’s Office for disciplinary infractions were not uncommon.  Things came to ahead at the end of his fourth form year when Mr. Rogers was summoned by the then Principal Mr. Barnett who in his inimitable style laid down the law as he saw it.

At the beginning of Lower Six Mr. Rogers was made a prefect and by Upper Six was declared Head Boy.

After leaving Sixth Form Mr. Rogers enrolled in the law programme at the University of the West Indies and graduated with a Bachelor of Laws degree with Honours in 1994. Thereafter Mr. Rogers studied for his Certificate of Legal Education at the Norman Manley Law School and having been successful in this course of study was awarded his Certificate of Legal Education in 1996 and got called to the bar shortly thereafter.

Having gained this qualification Mr. Rogers started out as a Prosecutor as Clerk of the Courts in 1997.

Mr. Rogers legal career spans a quarter of a century and over this period he acquired skills primarily as an advocate. His work at the bar has been punctuated by several noteworthy cases all of which have propelled him to a place of prominence in the legal profession. Amongst these care are;

This case in the Half Way Tree Parish Court was noteworthy for its treatment of technologically generated evidence as a tool disproving allegations against the Defendant. Mr. Martin who was charged under the Cybercrime Act with hacking into the database of the Director of Public Prosecutions of Jamaica and he was acquitted of the charges.

Nickiesha Powell v Grace Patricia Tomlinson, The Board of Management (for on behalf of Little London Primary School), The Ministry of Education and The Attorney General, Suit No. C.L. P076 of 1999

A landmark decision assessing a school’s liability in negligence for the care the of its students.

In addition to his work the bar Mr. Rogers also serves as a Member of the Disciplinary Committee for the General Legal Council and provides mentorship services for the younger persons at the bar.

Additionally, Mr. Rogers remains committed to his alma mater and the philosophies that he learnt there for the last ten (10) years Mr. Rogers has offered to the Wolmers Community as a prize for outstanding performance at the 3rd form level a legal internship at his office designed to expose young Wolmerians to the operations of a law office inside and outside of Court.

Mr. Rogers is the principal of his own law firm Rogers & Associates Law Offices located at 33 Duke Street, Kingston CSO where his office practices a wide range of law including but not limited to Criminal, Conveyance, Civil Litigation, Family and Estate Planning.

Mr. Rogers is married to Mrs. Suesstte Harriott- Rogers and they both share two children. 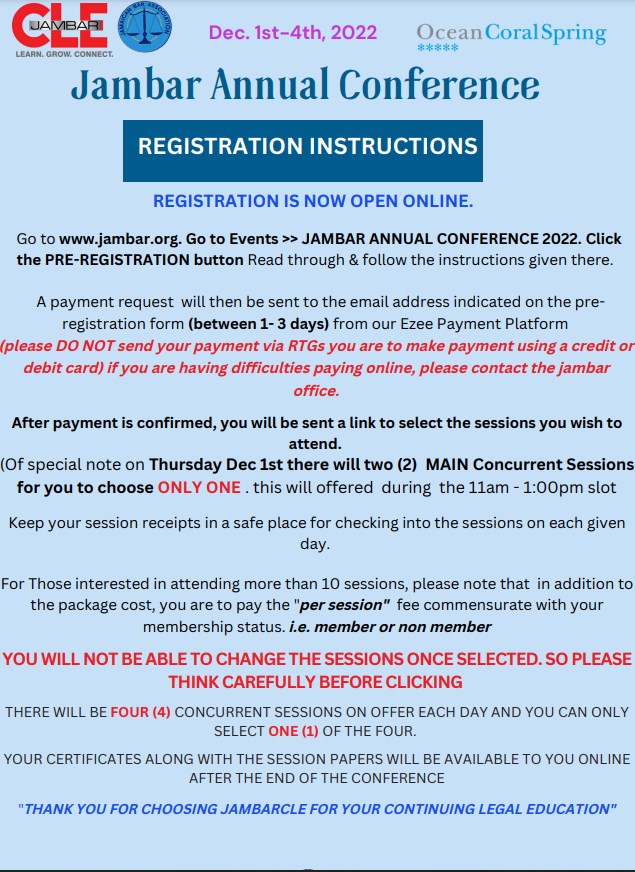